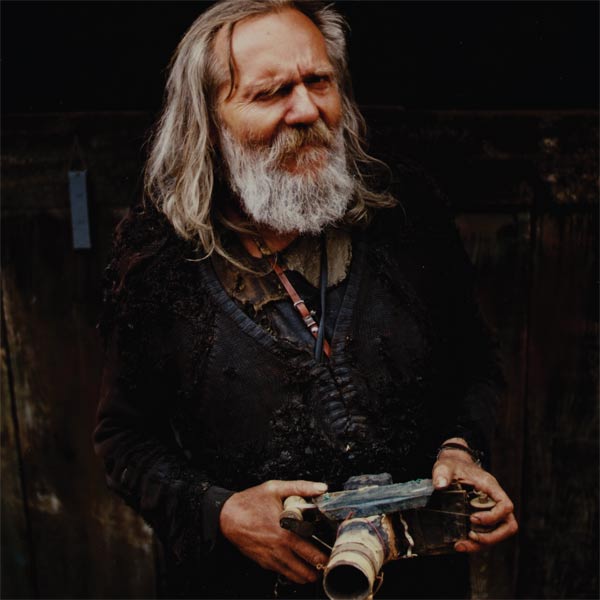 A coat for life

Everybody in the world of art knows Tichý the photographer by now. Less reflected upon have been the conceptual and performative aspects of Tichý’s work and life. An episode from the seventies remembered by a friend from his youth gives an inside perspective of Tichý’s “propensity for the Gesamtkunstwerk” and demonstrates the performative character of his art. In this story Tichý is said to have tried to insure his ragged coat for one hundred thousand Czech crowns – then the equivalent of a brand new luxury car in the seventies. A truly great parable, that could have been attributed to a Chassidic rabbi in Buber’s tales, which took place in the very same region of Eastern Europe two hundred years earlier. Or it could be a koan of a Zen master’s wisdom, a modern transcript of a Greek stoic, or a performance by a pupil of Joseph Beuys. Tichý’s likening the value of a torn coat with a luxury car is similar to myths from Francis of Assisi to St. Martin and stands for the conscious choice of poverty. The ragged coat has more value than a luxury car because it is equivalent to freedom. In a system that buys souls with the privilege of owning a car or a washing machine, Tichý’s preference for the ragged coat is a heroic act of resistance. 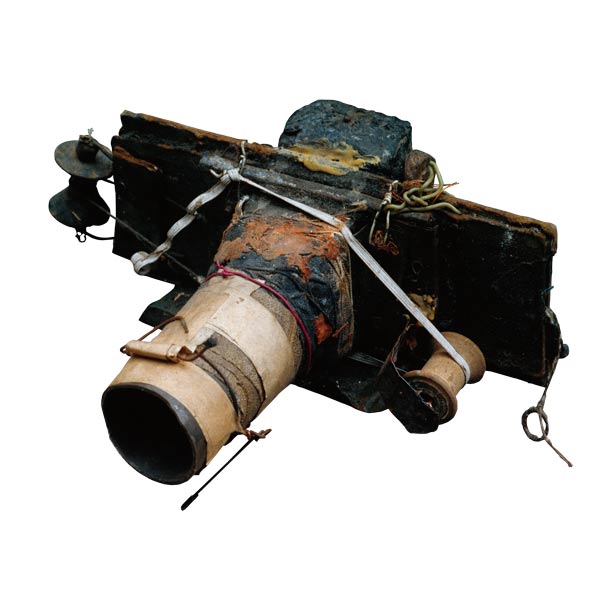 But Tichý’s coat is more. It is a piece of clothing that his father (a tailor) made. A piece of clothing the son never took off. Day and night he would stay in the same clothes, fixing them with wire and string when they began to fall apart. Tichý’s approach saw no difference between art and life. Since art was just a dream and reality just an illusion, art and life were one. Tichý considered his coat as important as his cameras and he treated both with the same elaborate care. The principles he developed in everyday life were the same he put to work when photographing. The infamous “postproduction methods” that made a print into a real jewel are based on the principles of dealing with every day tasks: “repairing” a too-small shoe by cutting away the tip, grinding flour with a stone from grain found in the fields to make his own bread, making a washing machine or a radio from wood and junk, was to him no different from making a camera. Making a cage, to protect his food from mice, which he considered his brothers, was no different from making a lens from plexiglass and cardboard. A Renaissance man, he focused his sights on whatever task necessary and made no distinction between art and not art. When he needed black paint, he would scratch black ashes from the chimney and mix them with line oil – whether he needed it for a painting or “just” to fix a window frame.

The coat was important in Tichý’s life and in his art. His ragged clothes seemed to have multiple functions – artistic and banal. His looks protected Tichý from society’s expectations and gave him the aura of being different, an “untouchable” and a “fool,” and disabled him in the competition for sexual experiences. By not being a part of it, he was free to be a part of it. He was not mad enough to try to compete in the game, but he was not a madman. In the words of his boyhood friend, psychiatrist Harry Buxbaum, which Tichý himself likes quoting: “The madmen are the people in the minority.”  There is a photograph of the young Miroslav Tichý in traditional folk dress. It was probably taken in 1957, long before Tichý’s clothing and life took its distinct direction. With great euphoria Kyjov was celebrating the first folk festivities since the war and the end of the Stalin era. Though he looked a little silly in this colorful shirt and feathered hat, Tichý seems to anticipate his later uniform of the other kind.
It remains uncertain if the episode of Tichý taking out insurance for the ragged coat is true or not, even if the sources swear to report directly from the insurance agent. Many myths have started appearing concerning Tichý’s life and work. Such a story shows that it is inadequate and limited to consider Miroslav Tichý “just” a photographer. Tichý considered himself far more a painter. He participated in theater productions, and if asked in the pub, “Mister Tichý, what are you, a painter, a sculptor, or a photographer?” he would answer, “I am Tarzan retired!”

The portfolio shows a selection of  eight photographs by Petr Kozánek taken of Miroslav Tichý in the sixties and seventies. Both men still live in the small province city of Kyjov and are bound by a lifelong friendship. In the difficult years of “Normalization,” when the local Communist apparatchiks took over again and slowly suffocated the hopes in the hearts awakened during the spring of 1968, Dubček and Svoboda were replaced and the Stalin statue returned to the park in Kyjov. Petr Kozánek was one of two brave dissidents in Kyjov to sign the Charta 77 document. Doing so made him a political outlaw and a sharply observed police target. When Charta 77 met at his house (even Vaclav Havel came to Kyjov), the secret police from Prague took over. But Kozánek was primarily tended to by the same local policeman who chased Miroslav Tichý. The list of the rebels was short: Kozanek, Tichý, Cejp, Dundera, Spurny. The group became friends since “normal people” would avoid them. They were outcasts. But Petr Kozánek and Miroslav Tichý were also drawn to one another by a mutual artistic fascination for photography. They walked together through Kyjov, Tichý taking pictures of women and Kozánek of Tichý.

Kozánek documented Tichý over a long period of time in the sixties and seventies, and he was indeed the only person to photograph Tichý before I began documenting Tichý and his work in the early eighties. Kozanek’s corpus of portraits consists of some eighty photographs of Tichý and can be collected into three groups. There are the early portraits of the sixties, when the winter coat was still new and intact. The second group consists of a wonderful series of portraits in the garden of our house, where Tichý had his studio from 1956 till 1973. And third, there is a wonderful series of the older Tichý in the heating room (“Kotelna”). Here Kozánek and Tichý would visit their friend Cejp, another political dissident, and Kozánek captured in film Tichý at the height of his “Tarzanship” – a lion at heart and sparkles in his eyes. The coat is gone, but the phenomenal sweater and pants have taken its place. The “Kotelna” was a typical place and job for dissidents, and even I still remember the visits to this large cathedral of steel, coal dust, and heat.
Kozánek and Tichý: when they hit the streets of Kyjov, what a couple they must have been to their fellow denizens! To the Communist neighbors they were dangerous elements, class enemies, lazy parasites. Everybody steered clear of them, as though they had the plague or came from Mars. Nobody knew, of course, that they and other outcasts, in their isolation, were laying the groundwork for a new photography and for a new free society. No one knew that one day those gray snapshots taken just for fun on grey days would make their way around the world.